GUELPH – The question that has been on everyone’s mind resurfaces. People around the world have been asking this. Nobody knows. An elite team of scientists and an economist has been assembled at Guelph University Gives Headquarters (GUGHQ) to solve the hidden mysteries of the universe.

The Penultimate Energetic New Involved Scientists reported that they had just made a major breakthrough. The question that’s been at the cusp of climax for months now is one step closer to being done and we then we will all be able to lay back and enjoy a cigarette.

Dr. John Rooster Meat and his close associate Dorothy Ignes Caulfield Krauss have been experimenting “day and night” to solve the case! The University of Guelph has decided to cut all academic programs to fund the research.

In unrelated news trucks full of lubricant have been seen making hourly deliveries to the scientists headquarters. 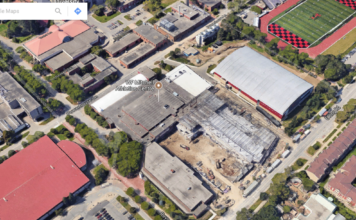 BREAKING UPDATE: Is there still construction happening on campus?