4:00am – GUELPH – As the birds rise from their sleep and the newly fallen snow glistens in the first hints of the morning sun creeping over the horizon, 22 year old Randy Lang clicks “next episode” on the screen in front of him.

“It’s so challenging,” Lang said in an interview over the phone, “they keep getting the answers way before I do, it’s incredible!”

Lang says that around midnight he had the urge to go to sleep since he knew that he had to go to class in the morning, but figured just one more episode couldn’t hurt.

“I figure I’ll catch a couple hours of sleep once this next episode finishes, get to campus for my 8:30, then get some more sleep after class.”

Although evident to an outsider, it is less than likely that Lang will make it to his class in the morning. As the call finished, Lang said, “Oh! This guys my favourite, he’s in the next episode too. Gotta go!” 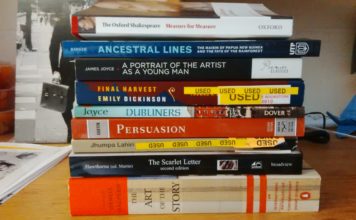