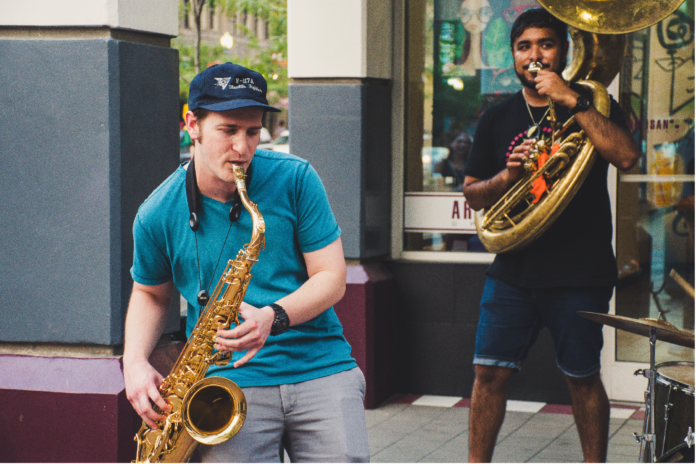 As is the plight of many burgeoning bands, the band called TELEPON has had some problems recently finding a time to meet.

“It’s worse than my D&D group, you know?” said one of the band members in TELEPON. “At least those guys want to play in that.”

TELEPON has suffered from, counter-booking, forgetting the practice, being “busy,” and general laziness.

“No way, I really want to get together!” says another band member, “I think we could be, like, you know, the next Chili Peppers or something.”

“It’s just that Grant is always really high. He’s a hard one to convince to leave his house. But he’s a virtuoso on guitar when you actually get him out.”

On their Bandcamp and MySpace pages, TELEPON is billed as “the band that your neighbour told you about who was “like supergood” but you never checked out.” Their description goes on to add that they sound like “a mix between Daft Punk, Black Flag, and a piano filled with mice instead of keys.”

“I swear we’re practicing next week.” Said the de-facto band leader. “I know a guy who can get us a gig anytime, we just have to get a few of these songs down first. It’s just a matter of time.”

Freedom Moblie: Refugees say “No thanks, we’ll stick with Rogers”

In Memory of Gord Downie