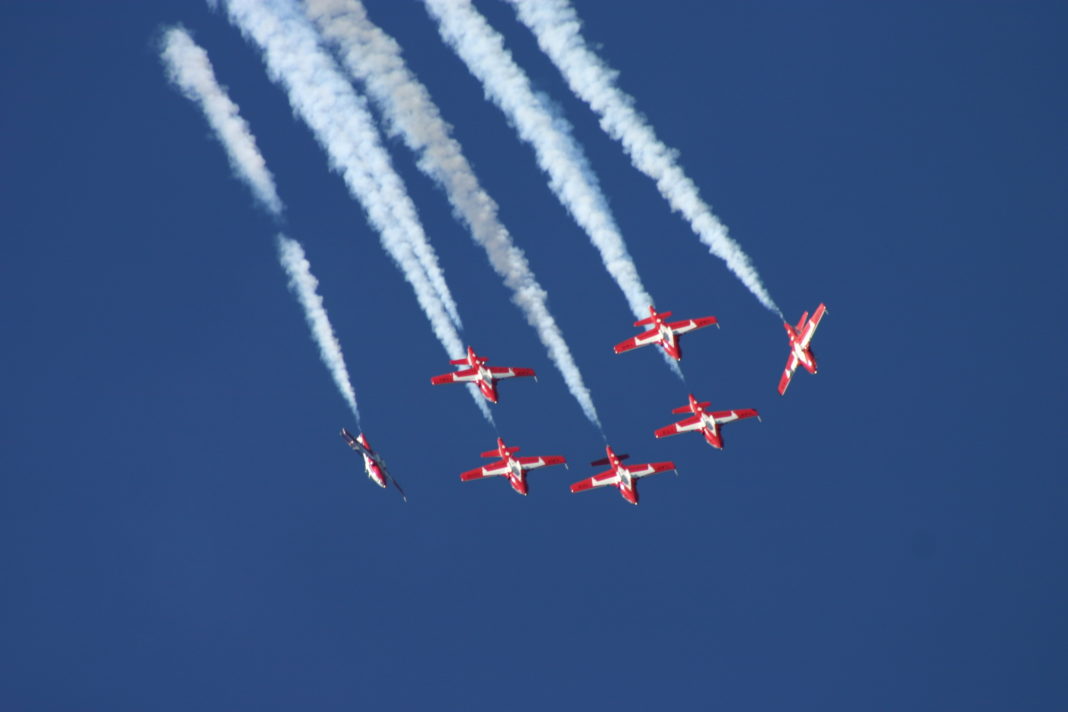 The Snowbirds are set to fly over Guelph tomorrow.

Not the Canadian geese that flew to Florida with our grandparents back in January, but the RCAF flight squad known for doing sick tricks in the sky.

Experts predict that The Snowbirds will be an awe-inspiring sight in this time of isolation. A really neat thing to see as residents step outside to look up at the sky.

Experts also think this will scare the shit out of way more people.

“There are probably thousands of people right now sitting at their computers in Zoom meetings or playing Fortnite who have no idea the Snowbirds are coming,” said Snowbird squadron commander Sir Guar Ray. “We’re excited to scare them.”

It’s not every day that military aircraft fly above populated cities in Canada.

“I’m going to be outside trying to spot which of my neighbours has a bunker in their yard,” said Paul Anoyid. “I’m 80% sure Jim Watkins has one, so I’m gonna be up on my ladder trying to see if Jim runs outside.”

No matter what happens, it will have been a real waste of jet-fuel, but if that’s what patriotism takes, it’s what we’re here for!

Student realizes that it is too late to be awake