The first case of the affliction that every middle-class mother in 2002 warned their children about has finally surfaced. Alfonso Copecino (Cope-eh-seen-oh), a student at The University of Guelph has developed square eye syndrome.

The verified disease results from watching, or viewing a screen for too long. It is assumed that common causes could be: playing video games for too long, watching too much TV, using an iPad for an extended period of time, marathoning The Lord of The Rings Extended Editions, or being a World of Warcraft player.

Poor mr. Copecino’s eyes morphed, as if instantaneously, into square-shapes. This has resulted in no loss-of-vision, but some very serious strange looks on the street and a real scolding from his mother.

After the conundrum struck and he looked in the mirror, Alfonso attempted to correct the square eye syndrome by only eating carrots for a week. Subsequently, mr. Copecino ended up in the same predicament as Arnold in that one episode of the magic school bus. 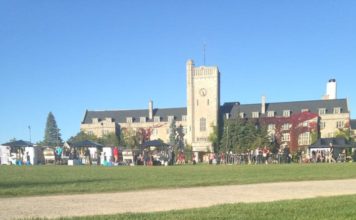