CANADA – In a new effort to establish dominance on the global maple syrup market, CSAHS-SA, Canada’s intelligence community has developed a new plan to drown out the competition. Drowning in maple syrup is a fate no person should ever have to witness, says Doug, past tense of a verb. To combat soaring maple syrup prices out of Vermont, Canadian top brass has recruited Guelph’s very own trivia guy to perform a top-secret mission, the details of which will be shared exclusively to the Modern Spirit. “We’re fairly confident that no one reads your magazine and even if they did, Americans can’t read”, was the official quote that was given to us by the press team of the Canadian government.

Operation: Get The Nukes, a name that seemed a little on the nose (but we’re obviously not in intelligence), entails Codename: Trivia Guy infiltrating past the border wall, staging a trivia game for the Ku Klux Klan, I mean, high-level government officials and extracting sensitive data from unsuspecting hooded figures. I mean not like the good, omnipresent hooded figures that ride actual Gryphons and secretly control our “free will” but the bad kind with tiki torches and well-armed militias with fervent passion for Mayonnaise. Trivia Guy’s crowd engagement skills are unrivaled and should have no problem getting the answers in a cutthroat game of trivia. 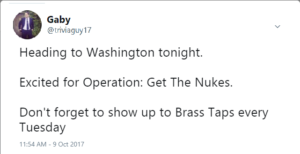 When contacted about this sensitive secret mission, trivia guy only told people to swipe right on him on Tinder and that the nuclear codes will soon be in the hands of his nieces, whose passion for Disney only rivals the passion Walt Disney had for racial superiority. 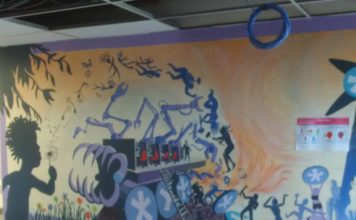