Following many long and fraught discussions about an increase in tuition, the University of Guelph has decided to take the high road and not raise tuition this year.

“We took a step back to take a long hard look at ourselves in the mirror” said someone-or-other from the University’s budget committee “and we figured, look, we were students once. Screw this provincial corridor system. We’ll probably have a Conservative government in 2018 and will be able to increase the tuition by whatever we want to that year.”

Long story short is, the U of G is playing a long game. However for the time being, they have come forward and decide to honestly admit their mistake.

“So, the Provincial government wanted us to let them know what the tuition increase would be for the next two years back in 2016.” said our same someone-or-other informant. “but instead of doing what the province asked us to do, we pretty much didn’t understand their request and now we have to let them know what our tuition will be by September 20th”

The U of G would not respond to our assertion that September 20th was last month. They simply starred blankly. Regardless, it seems like they were torn between three options for a while: raising tuition by 3% (what they say is required of them), raising tuition by 3% (the same as last year), or deciding not to raise tuition because it’s pretty obviously a serious miscommunication that only students will suffer if they don’t.

Thankfully for all University of Guelph students, the administration decided to take the compassionate route and not make students (and some student’s parents) pay for the mistake that was made last year.

“We always have the students as a first priority” said Wendy Brightside VP of Administrative affairs.

The Board of Governors meets October 20th to confirm this decision.

UPDATE: Tuition went up anyway?! How come no one warned the student body about this inexorable, unstoppable, unavoidable cash machine? 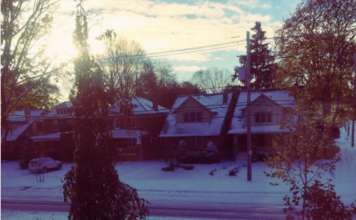 First snowfall of the season spells disaster for climate change

Study says “Eating hair is good for your health”