GUELPH – In the wake of recent political scandal in the United States, where U.S presidential hopeful and notorious rat cage fighter, Ted “Cruzship” Cruz was caught celebrating 9/11 by liking an incestuous pornographic film, despite his very adamant policy on repressing sexuality.

Veronica Mars, a concerned 8th year CJPP undergrad reported to the Modern Spirit that she had noticed Dave Dave, the president of the pornography enthusiasts club ‘liked’ and ‘retweeted’ a video featuring a French bulldog and a monkey going on adventures in Japan. The video can only be described as “wholesome”, “quite adorable”, and “gut wrenchingly so perfect that I might just give up on everything here and make a TV show about uncommon animal friendships”

An outrage quickly spread to Overheard at Guelph, where Cory, the hero Guelph doesn’t need but the one it deserves, had no success halting the onslaught of furious posts.

Posts were suggesting that Dave Dave had no moral compass and his egregious display of pure hearted fun was a sign that his platform had eroded from “loving hard core pornographic content” to “sharing family friendly videos”.

Is Dave Dave a hypocrite after sharing something on Twitter that directly opposes his value system? You heard it first at the Modern Spirit. 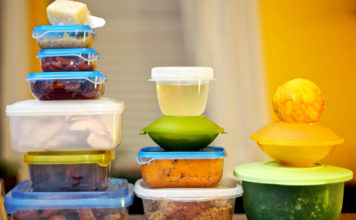 Tupperware found to be most shared item ever

Band will definitely practice next week

CSA all candidates meeting has highest attendance ever