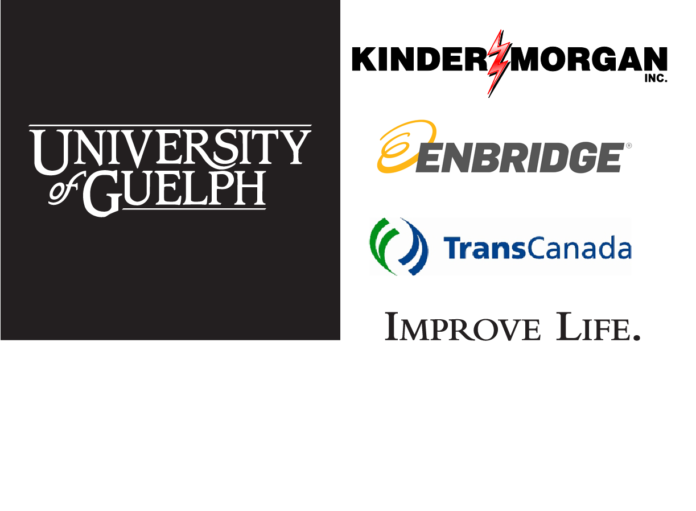 This week, the University of Guelph unveiled that they would be re-branding once again by adding the logos of companies that are helping the school’s investments make money.

Back in 2014 the U of G went through a single-year brand change as they showed the world that they were 50. This year, they’ve decided that some corporate sponsorship might help shift the costs of running the university away from students.

“I think this might have something to do with the divestment campaign” said one curious student, “but, I thought they were torn about their decision.”

President Franco Vaccarino was quoted as saying there were “many lenses” to view the matter through and that the new logo might help clear up the University’s stance on the matter.

According to the lobby group Fossil Free Guelph, Kinder-Morgan, Trans Canada, and Enbridge are some of the biggest of the “top 200 fossil-fuel companies (as defined by the Carbon Tracker Initiative)” and the University probably has money in at least one of them.

“Well this is all cleared up now, I guess” a member of Fossil Free Guelph said when asked about the new logo on Wednesday “looks like it’s all three.”

As one of the first universities in Ontario to sport corporate sponsorship on their public logo, The University is really thinking about the future – and all of the money they could soon acquire by supporting big oil companies. Especially the ones that burn old forms of carbon.

“No, we haven’t decided if we’re going to remove our investments in fossil fuels from the endowment fund,” said Vaccarino, “there are still more sides to this discussion to look at, it’s a very complex issue.”

For now, University of Guelph staff and students will once again need to get used to the new logo on everything around campus.

“At least it’s more colourful” one first-year observed. “But does that mean our school colours now include green, grey and blue?”

The University did not have a comment on the colour issue calling it “complex” and “difficult to tell.”

Study says “Eating hair is good for your health”

Did the painting class hallucinate all their work last year?