A new attraction that was set to be revealed at Gryphon Park during homecoming weekend has gone horribly awry when a live gryphon escaped from its containment area and rampaged the park.

The department of molecular biology and genetics were working on creating a live Gryphon to lure new visitors to campus. “We called her Red, to represent one of the three colours of the school. We were trying to create something that only had been done in science fiction” said a source close to the project, “there was no way we could have predicted the animal would have escaped and started rampaging across the park”.

The project involved a specialized team of biologists, genetics, and animal trainers. By cross splicing genetics from a lion and an eagle, they hoped to create the mythical creature that represents the school. During a standard feeding procedure, the animal was able to escape from a contained area tucked behind OVC.

Luckily, only minor injuries were reported in the incident. Students who were at the park at the time, fled Johnston Green and took shelter in the kitchens of Creelman Hall. Most of the damage was limited to the blow-up features such as the slide. With oversized eagle talons, the inflatables were no match for the gryphon and were immediately punctured, losing all functional ability to be bounced on.

Red, the gryphon, is currently being relocated to a secure location on a remote island which is set to be open as a tourist attraction by the new year. People from across the globe will be able to experience being up close and personal with mythological creatures and previously extinct animals. When asked if they were worried about a repeat incident at the new park, the team insisted this was an isolated incident and have taken even further precautions to ensure it doesn’t happen again.

A GoFundMe page has been started in support of the CSA to cover the security deposit of the inflatables. 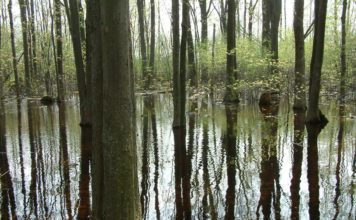 Did the painting class hallucinate all their work last year?