GUELPH – Tamara Deborah Staci (with a heart on top) Peterson, a local member of the PTA with one of those “can I speak to the manager” haircuts recently contacted the Modern Spirit to advertise for her brand-new start-up on our popular website. Does she even know what we do? Well we’re strapped for cash to help fund the brand-new student space in Branion Plaza where our new office will be, so here we go.

In her own words Tamara Deborah Staci Peterson described that she was having a hard time being a full-time mommy between wine-hot-goat yoga, book club, having extramarital affairs with at least 7 of her neighbours and typing out thoughtful messages on Facebook about the recent tragedy in a predominantly white nation.

Inspired by other wine-mom entrepreneurs in her neighbourhood who have been competing by selling essential oils in a cutthroat cul-de-sac market, she decided to set out and establish a start-up for a “personal passion of hers”, says her husband Derick who has no notable features.

“Pray4Them” is the hot new app that is sweeping the nation that commodifies well-wishes into a convenient pre-written, yet unique heart-felt message in seconds so you can respond to tragedies on all social media platforms within seconds.

Tamara Deborah Staci Peterson also mentioned that the app will be ever-evolving once the kickstarter project has been funded. Planned features include stories, so you can share your prayers on an integrative social media platform and notifications once a national tragedy strikes.

When asked if the app will alert the user if there’s a tragedy in a country that is not predominantly white, Tamara Deborah Staci Peterson started talking about a new juice cleanse she was on. She’s been very stressed since Drumpf has been President. 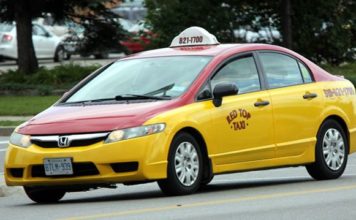 Student realizes that it is too late to be awake