A recent study released by the University of Communication in Connecticut, Alberta says that Smart phones are stupid.

“the term “smart” is relatively relative”

As tests, the researchers put the smart phones through the same rigorous testing as our brightest grade 4s. They were presented with long division questions and the task of writing a properly structured paragraph.

“Surprisingly,” said the lead-researcher Dr. Reg Gimbleman, “the smart phones were really un-smart. They didn’t even pick up a pencil.”

Detractors of the project say that smart phones were not meant to be used in these kinds of tests and are actually quite a brilliant improvement from the older-model wall-mounted phones. They add that the term “smart” is relatively relative.

Dr. Gimbleman asserts that anything with the word “smart” in it should be able to pass his simple arithmetic and literature tests with ease. “Oh sob Richards” he said of his principal detractor Jerry Richards from down the road, “What does he know about real science anyway.”

Dr. Gimbleman’s research group has plans to begin a new study looking at the intelligence of SMARTfood next month. 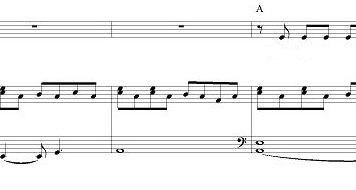 Opt-Ed: Gunmen linked with past domestic violence, “totally unrelated to the gun violence”