Peterborough – That person you vaguely knew back in High School announced her engagement on Facebook with ‘that guy’ (no, not THAT guy, ‘that guy’). You don’t recall the last time you talked or if you had ever actually had an actual conversation.

You feel inexplicably lonely. You ask yourself if you should be married by now. The couple has it all figured it out, I guess. They’re going to go to wine and cheese parties and be boring forever now… but still kind of cute.

Maybe throw some kids into the mix? Eventual, yet inevitable spousal neglect? Oh boy, you feel glad you’re not tying any knots. When was the last time you tied an actual knot? Your gender-neutral scout recreational camp? If this were a 100 years ago, you’d be expected to be married by now. 70 years ago, being a nazi was pretty okay, so you should be glad at least one thing has changed (it’s the nazi thing, fuck those guys).

Are you being hunted by Guy Fieri?

I’m guessing you’re going to wonder if you’re going to get an invite to the wedding. I mean their family is well off? You’d probably be far down the guest list, but you’ve smiled at each other you think. That’s worthy of an invite. You make a mental note to buy that bottle of red wine and a fancy glass for when the wedding photos come out and you’re ready to just have a good solid cry in the attire you would’ve worn to your wedding with season 2 of Diners, Drive-Ins and Dives on in the background.

While crying, you’ll think about why every relationship you’ve ever been in has ended with Guy Fieri throwing hot pockets at your partner in a successful attempt to seduce them. 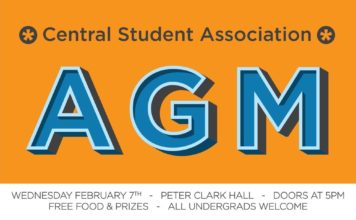