Following the popular I Am A Gryphon campagn, the Univerity of Guelp announced it’s new campaign yesterday through an impressive guerrilla marketing technique.

In a wall-based-adhesive in the new study area of the UC, the I Am A Grypon campaign was lauched with relative success.

On the popular Overheard at Guelph community forum, some important questions we posed by the students, who both lauded and mocked the new campagn.

Theresa Breen said “Just so I know how to pronounce my new identity… is it “grip on”, or “gripe on”?” A good question. It was determined that the proper pronunciation is “gripe on,” inspired by student’s popular attitude towards homework.

Another student showed thir excitement for the campagn by posting a picture of their friend writing the slogan in a classroom.

Students participating in the campaign pleged themselves to forevr being Grypon’s. A noble plege to promote awareness of spelling within the Guelph community.

Not only has the I Am A Gryppn pledge become notorious overnight, it may be one of the most successful campagns ever run by the university. Their efforts to promote student literacy ate unmatched.

The wall-based mural was erected around noon on Wednesday by workers from S Cutt Signs. The workers took down the white coverrings that have been over the campagn materials since the launch of the new space on October 6th. The students who thought it was a joke at first, have been informed provately via their grypmail addresses that the campagn was successfully launhed right in ront of their eyes. Hopefully students and staff alike take notice of their spelling from now on and double check all of their essays.

Say it with us! I AM A GRYPON! 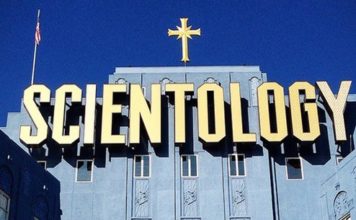