GUELPH – This morning in a state of accomplishment, John Poisson smiled as he looked at his computer screen. On the display the words “Othello: Racist or Racecar driver” sit under the course code, authors name, date, and professors name.

It was at this point that Poisson opened up his browser and Googled Netflix.
“I deserve a break” John said, “I worked pretty hard coming up with that title, you know?”
In addition to the title of the paper, John had also formatted the paper so that the header was in place. The top of the paper reads “Poisson [page number],” just the way the prof asked.

As the theme song of the newest pop-culture-favourite-fad – Stranger Things Season 2 – played over Poisson’s speakers, the thought that maybe he should have written a little bit more crossed his mind.

“I did think about doing more work before stopping my work, but I made sure the document had Times New Roman (size 12 font) as a default before I opened Netflix, so I should be good.”

Poisson, knowing that the essay was not due until 11:59pm, was obviously perfectly content with his decision to watch Stranger Things until the end of Episode 4 when there was only three hours until the paper was due.

At the time of writing, he is furiously typing while comparing Shakespeare to a race-car driver. 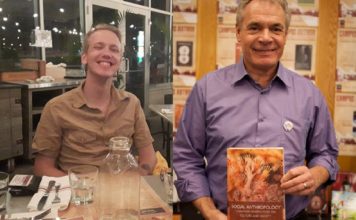 Spider excited to be reunited with long lost friend

The person in your unassigned seat not treating it well