The University of Guelph has a plethora of majors to choose from, offered by a variety of unique colleges and faculties. Asking someone’s major is the quintessential first-step in making a friend in University, because it can really tell you about someone’s history, interests, and values.

Committed to helping guide you through your University experience, The Modern Spirit has compiled this short list of what to expect from someone based on their answer to the classic question: “what program are you in?”

Criminal Justice and Public Policy: They watched Suits in high school, right around the time University applications were due

Wildlife Biology and Conservation: Their first-year residence was a tent in the Arboretum.

Business: They are definitely the next Bill Gates, just have a listen to this amazing idea…

Arts and Science: They realize the necessity of effective communication when it comes to informing the lay public of complex scientific ideas. Or they fear commitment. About 50/50.

Engineering: They were that kid in school that always wanted to watch How It’s Made when they came over.

Marine Biology: They want to move to Australia, or moved here from there and were subsequently disappointed with the lack of coral in Ontario.

Museum Studies: His name is Jarod, he’s a good guy.

Animal Science: They were born and grew up on a farm.

Agricultural Business: They wish they were born and grew up on a farm.

Fine Art/Music: They know the next question coming is “what do you plan on doing with that?” and already hate you for asking it.

Chemistry: They laugh especially loud at science memes so people know they’re smart enough to get the joke.

English: They love nerd things like books. If you befriend them, they may even actively ask to edit your essays.

Psychology: They can read minds.

Environmental Science: They are absolutely fascinated by clouds, and don’t understand why you aren’t.

Animal Biology: They’ve watched every episode of Planet Earth and do the best David Attenborough impression you’ve ever heard.

Bio-Medical Science: They manually blink and breathe because that’s too interesting to do automatically.

International Development: They got all of their volunteer hours done in Grade 9 and continued to log hours well into Grade 12.

Theatre Studies: They wanted to be a Broadway actor, but realized tech isn’t that bad either.

Classics: They read the Percy Jackson books and liked them a little too much.

Is your major not mentioned? Let us know what you think the most defining characteristic of your program is in the comments. 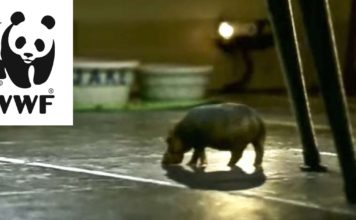