GUELPH – Local lonely student Chris Mansfield has recently decided that the single life just wasn’t for him anymore. “I’ve tried Tinder, but I think the best course of action to avoid my family asking where my girlfriend is over the holiday season is to just bring a pumpkin home”, he said in an interview with our so very professional team of highly specialized journalists, that aren’t just unpaid interns. 😉

Chris Mansfield took us on a tour of his extensive collection of potential partners in the basement of Solstice. There we were witness to pumpkins of all shapes and sizes, as Chris didn’t want to “discriminate” and “all pumpkins deserve love”. Wow Chris, you’re so progressive. When questioned if he was thinking about going steady with any pumpkin in his collection, he responded that Tabatha, a small pumpkin was the highest contender for something more serious, but Veronica was a close second.

One of our reporters, asked the pumpkins how they felt about Chris. Most of them were disgusted with how he treated them like collectibles, but since he never cared to listen what they had to say, nor did they have any knowledge of the outside world beyond the creepy pumpkin dungeon, so thoughts of life being any different were simply not there. They were also upset about being used as a metaphor for how partners are objectified and used as trophies in the dating scene. One particular pumpkin hiding in the back of the room, obscured by the shadows told us about her pact with the devil she made. Chris was to die by her hand. You’re now thinking: pumpkins don’t have hands; that’s where you’re wrong… Chris. 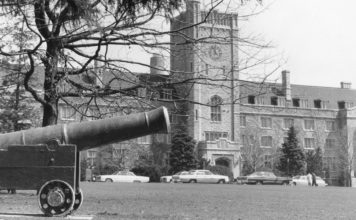