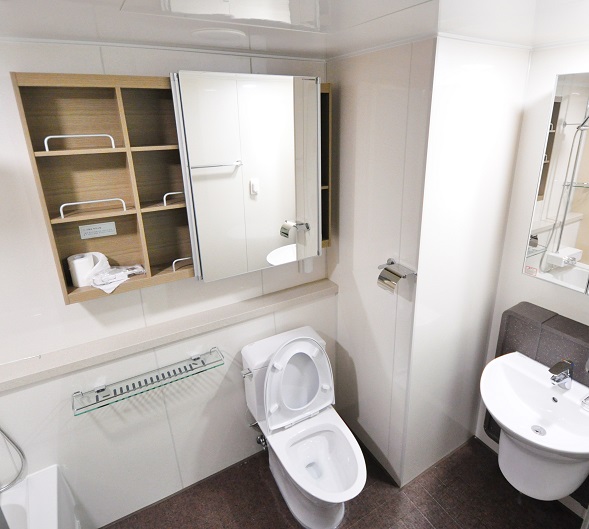 I was going to leave. I was. But then someone else came into the bathroom and I froze.

Their shuffling feet, the way they somehow silently opened the stall door. It was creepy.

I can hear them breathing., but I didn’t hear them sit down. Is it possible that the seat didn’t slide slightly off centre when their butt hit it? Is that even possible? Do they just have a really soft butt?

I tried to look at their shoes to see if they were squatting, but they look firmly planted on the ground. And the shoes are pretty normal – standard New Balance.

Is it weird if I try to wipe now? I started, I did, but as I pulled the paper, I heard their roll start to move too.

We can’t leave at the same time! Think of the shame!

It’s been 20 minutes. They’ve been silent. I tried reading Twitter for a bit, but I’ve exhausted that. And I forgot my headphones, so I can’t watch YouTube. Oh! The Humanity!
…

It’s been 25 minutes, I haven’t heard a single sound from them. I’m going to try and make a break for it. Wipe as fast as possible.

*I pause outside of the bathroom and look at the entrance. I still haven’t seen anyone come out. After another five minutes, it’s been too long. I have to go back to class. Maybe they were an alien?*

What?! Those two from High School are getting married??

Why was it cold in Brass Taps?