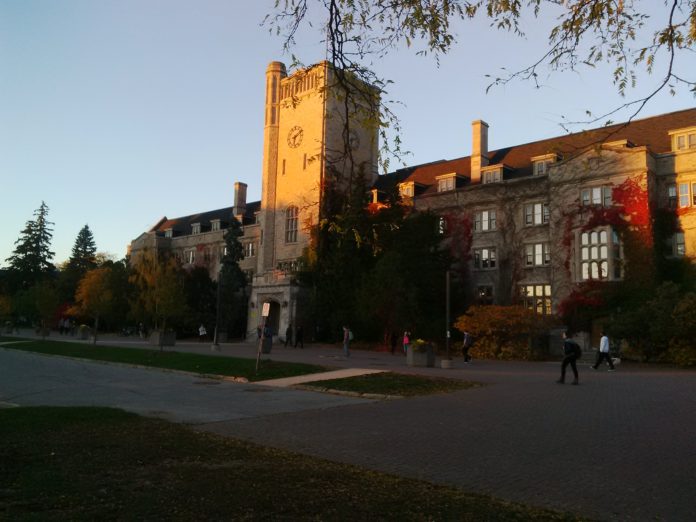 GUELPH – As the school year kicks off, thousands of students have inexplicably found themselves walking out of class at exactly 12:04 this past Monday and holding hands in a linked chain of human flesh across campus, stretching from the tip of the cannon to the far corners of Maritime Hall in the South Residences.

Trapper’s Alley reports satisfaction with the annual surge of attendance

Upper-Year students, who still cannot pinpoint the origin of the unconscious urge to venture forth and link hands with their peers, but recognize this occurrence as the annual commencement ritual of the Guelph Mating Season. First-Year students reported initial anxiety about the process, but inevitably embraced the Georgian chanting to kick off the mating season.

The hooded figures riding actual Gryphons around campus handed out care packages that are just 2 litre buckets of liquified Axe body spray. The year 2017 marks the 500th anniversary of the Guelph mating ritual, despite the university only existing since 1964.

Trapper’s Alley reports satisfaction with the annual surge of attendance, but remains dissatisfied with how awful male participants are at fulfilling the tenets of basic human decency when it comes to the mating season. The hooded figures that own Trapper’s Alley and ride Gryphons around campus remind participants in the season to respect the doctrines that not everyone participates in the chanting and a mutual, enthusiastic agreement between participants is mandatory before chanting between two people can begin. 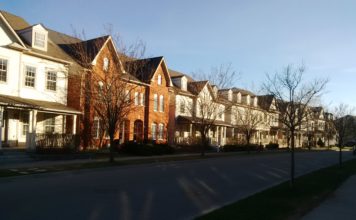 Efforts to refer to Fine Arts building as “Zavie” halted