UNIVERSITY OF GUELPH – last week, while giving an address on the state of the school, Brenda Whiteside – VP of Student Affairs –  was interrupted by president Franco Vaccarino.

As she talked about students, Franco decided to try his hand at comedy and interrupt Brenda.

This statement was absolutely stunning. Vaccarino either thinks that students on campus are legitimately Gryphons (the mythological creature), or he thinks that students are in some way theologically committed to the Gryphon statue on the corner of Stone Road and Gordon Street.

“It totally surprised me when I heard the comment” said Brenda’s previous administrative assistant Jessica Westlake, “I didn’t think Franco would ever acknowledge the Gryphons.”

Franco Vaccarino came to the University of Guelph from the University of Toronto. Many never expected him to accept the Gryphon as a mascot. It turns out Franco is so in-tune with campus that he no longer accepts the word “student” as a noun-replacement.

In other news, Justin Trudeau made a similar joke in parliament this last week. However, it turns out his joke wasn’t as widely understood as Vaccarino’s. To read more look up CBC, The Globe and Mail, or The Beaverton. 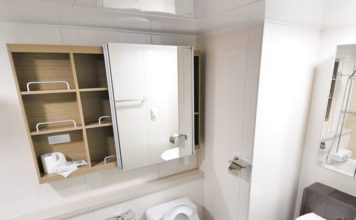