Lifeline Syria, a group working for the safety of people in crisis in the recent Syrian warzone hopes to bring at least 1,000 of the incoming 10,000 refugees to the Greater Toronto Area (GTA). Freedom Mobile promised free phones, no hidden fees, to any refugee who wanted it in the GTA.

The incoming people have had one unanimous voice among them.

“No thanks, we’ll stick with Rogers.”

Freedom Mobile has felt severe lashback since their initial offering.

Freedom Mobile Spokesperson Emily Stravinski said “We really have everyone’s best interests in mind.” Stravinski added that “a free plan like this is quite useful, especially since the plan’s we’re providing allow for international calling. We were truly surprised about this turn of events.”

Incoming citizen, Mikhail Boulos, had this to say about Freedom’s offer “It is very nice of them to offer us free service, but we have heard such good things about Rogers.” Mikhail emphasized the generosity of Rogers and the real sense of Canadiana that he felt when looking at the Company’s website. “the red and white feels more inclusive, more Canadian, than orange and blue, you know?”

The deal Rogers has offered incoming residents of the GTA, or Canada as a whole is nothing short of non-existent. When asked about why they prefer this route of paying more for cell service, Damascus native Abul-Fazl Saab said “Canadian’s tend to seem very pleasant and happy. If they can pay the exorbitant costs that Rogers asks for and still maintain a positive attitude, we can too. We want to fit into society and Freedom’s offer, although nice, just seemed too good to be true.”

Rogers has failed to send an official statement on the matter, but we were able to catch up with an intern who is essentially volunteering at the large windowless building Rogers operates out of downtown Toronto. She said “They cleared out my office because they had to turn it into a temporary safe from all the money they made on the new cellphones and plans. It is a windowless broom closet, so they had to clear out the other interns as well” 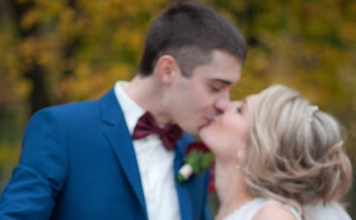 What?! Those two from High School are getting married??