South Guelph has a new band, or, it would if they hadn’t allegedly formed four years ago.
Moderate Fumigation formed in 2011, but couldn’t decide on a name, they also didn’t often find time to practice.

When asked why it has taken so long to release an album, self-titled band-leader Sam Donaldson, who plays the electric tambourine, windless sousaphone and tin kettle, said “It was hard times back then, y’know? Some of the [band-members] lived in different countries and none of us have computers … those things give you cancer, man”
The band has gone through several iterations of their name in the past few years making it nearly impossible for anyone to know when – or if – they are playing.

Some former names the group has gone by are: “Idiotic Mischief Of The Musical Devastation”, “Rejected Frost Of The Glorified Evermore”, “Intangible Grape Of The Majestic Skylight”, “Book Pebble And The Vertical Reverend”, “P” and “The Beatles” (they were not allowed to continue under the latter because of copyright issues).

The band has also technically gone through a few musical phases. Starting as a post-neo-funk band they have also experimented with grunge-hop, hippitty-soulcore, jazzrock with thimbles, soft-subpunk-pop, and indie-classical baroque music before settling on their current sound of sub-post-core.

According to Donaldson, the new album is called Ten, apparently in reference to the number of songs on the album, but we cannot confirm that because he refused to give us a copy of the album or let us listen to it at all.
When asked about what the songs were like, Donaldson said the music was a combination of “when you open the fridge door right after putting oil on the hinges” and “[a] car horn on the highway”.

We at The Modern Spirit reached out to the other band members that Donaldson referred us to.

Kanye West [name changed for privacy – ED], the official harpoonist of the band, told us that the band was actually called Vinyl Ohio And The Flailing Kitten. We were able to contact West in a small alley just off of Woolwich Street. While sitting at a single person bar built into the side of a building and sipping coffee out of what can only be described as mason jars without sides, West told us that the album was called The Wall and would be coming out in early January. His description of the band fit in line with Donaldson’s.

West describes sub-post-core as a “mix of a choir of mice that have been tied together with turtle hair and Bach”
The band consists of six members, but we could not get a hold of the other four because they apparently live in a large communal hole somewhere in the field just east of Victoria Road and are actually squirrels.

While conversations with the band members may have been confusing, it is worth noting that the reviews that we could find paint the band to sound like they have discovered a new form of music, and have nothing but positive vibes. 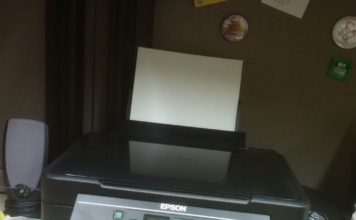 Whole office peeved because Barb is using the printer again