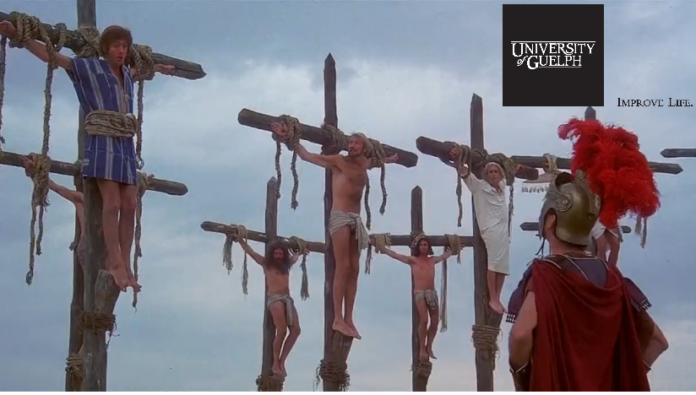 The University of Guelph has decided to encourage students to “look on the bright side of life”.

As of 2017, The University of Guelph has adopted the slogan “Improve Life”. According to a university official, this slogan comes from the Monty Python ditty “Always Look On The Bright Side Of Life” from A Life Of Brian, released in 1979.

“It’s taken us a while to recognize what our school actually stands for” President Franco Vaccarino said in a phone call, “but it seems like our previous logo was really just based on the loose idea that changing lives and improving life would help students look on the bright side.”

The song in question is a false positive, encouraging the titular Brian to “look on the bright side of life” as he and the singer slowly die from crucifixion.

The University of Guelph encourages students to abide by the Improve Life slogan. U of G spokesperson Jeanie Young noting that, “in three years nobody will remember the old slogan anyway. We think our tribute to Monty Python is well placed because most of the remaining members of the sketch comedy troupe will probably die in the next four years and we’ll seem very progressive when that happens.”

Since it’s true that next year no one on the face of the planet will connect The University of Guelph with the slogan “Changing lives, Improving Life”, the College of Arts Student Union has made the old U of G slogan their own.

Here is the song that the new slogan is based on:

Always Look on the Bright Side of Life 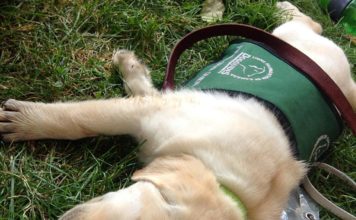 Beautiful dog comes to campus, brings some loser on a leash

Armoured man crushed to discover The Dragon is a store