New trend is taking the internet by storm. Ass-Earthers believe that the Earth has no face.

These internet renegades deny that the Earth has a face and, instead, perceive it to be just a strange amalgamation of two whole butt-shapes.

While their theory is closer to the geometric reality of the planet than Flat-Earthers, their methodology is more dramatic.

AssEarthers don’t just believe the Earth is two butts, they apparently believe this gives humans the unhindered right to be assholes to each other.

“It’s not just humans” Says Gooey Jibson, the self-declared, defacto founder of AssEartherism “Any animal can be an Ass, it’s just that only humans really have access to the internet.”

AssEarthers have become highly prominent on Twitter over the past few years. They have a sense of absolute autonomy that seems to encourage them to argue anything they think as if it is fact.

Since two butts are so similar to the shape of a Globe, researchers at the Flatulence Institute of Carolina are taking a second look at the Earth from space, just to make sure. 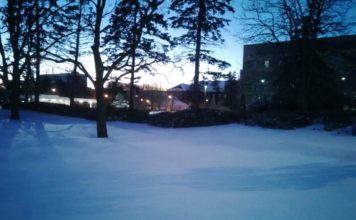