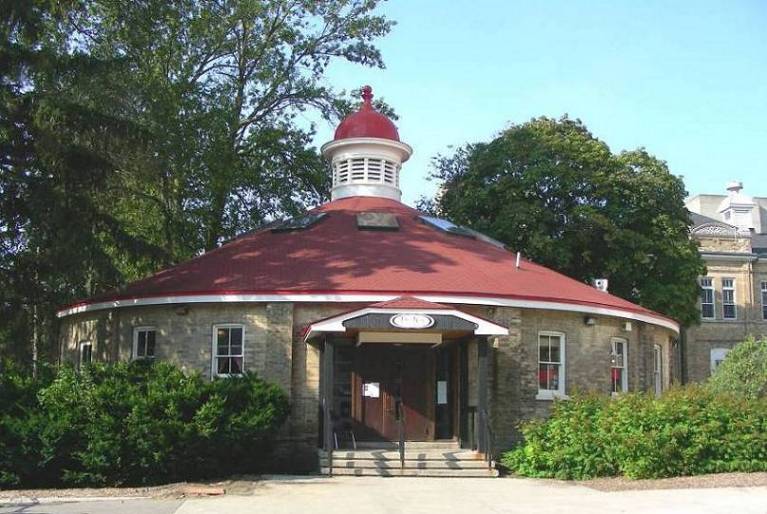 It’s a circle, kinda. The kitchen and bathrooms really ruin the circular nature of the area. The Bullring is more like a ring that’s been squished on a couple sides. Like a misnamed octagon.

Anyway, The Bullring is Guelph’s “on-campus living room”. It’s got couches that were donated by value village for a few hundred dollars. No one actually knows where the couches originated from before The Village, but with Halloween coming up, it could be fun to remind your friends that the large brown stain on the beige one is probably blood.

The Bullring used to host cattle auctions, but the couches really got in the way. The monopoly game on the shelf in the middle is missing pieces because some bovine ate them back in 1898.

If you’ve ever considered attending the open mic hosted by the CSA on Wednesday nights, don’t go! Any and every one who goes to open mic ends up turning into a total hipster. It’s kinda like Pleasure Island from Pinocchio, except instead of becoming a donkey your fate will be much worse. You might grow a mustache, or go tree planting. Blegh!

All ’round, The Modern Spirit gives the Bullring 1/5 stars.
They lost one for each writer we’ve lost to a haunted couch or a re-read of The Communist Manifesto. 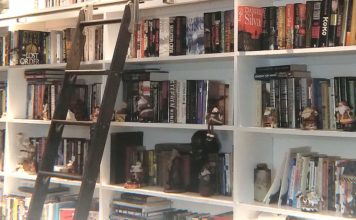