After extensive polling and voter research scientists from the University of Guelph have determined that the year 2020 is “Not A Vibe.”

“Vibe” is the newly minted scientific definition for a person, place, or thing that is agreeable to most people.

The word “Vibe,” (added to the Oxford Dictionary in 2019), has an equal and opposite descriptor; the phrase “Not A Vibe.”

“It just seems like most people agree that this year is just not a vibe,” said Chad Chadley, lead researcher on the project. “This will be the first year in history to officially be a Vibe or Not A Vibe before the year is over, and the first year we think we could predict Not A Vibe this early.”

In addition to the current global pandemic, the United States almost going to war with Iran, the continuing wildfires caused by global warming, and the deaths of legends like Kobe Bryant and Terry Gilliam 2020 started Not Vibing so badly that U of G researchers say it will not recover.

“Oh yeah, I mean, no matter what happens, this is the least vibe year this decade,” said Charliey Jones, a grad student on Chadley’s team. “It’s, like, painfully, Not A Vibe, y’know?”

Right now, the ramifications of knowing 2020 is Not A Vibe remain to be seen. 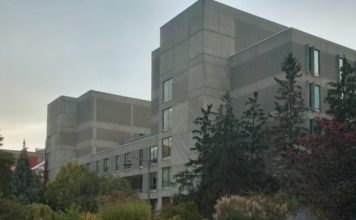