“Being Hit-by-a-Freight-Train” has become a common phrase used by the “cool kids” who drink too much on weekends, but the phrase really plows home for those in society who have actually been hit by trains.

Activists have called for a change in the popular term – a term referring to the dehydration people feel in their brain when they wake up after a night of drinking alcohol without staying properly hydrated – and offering no suggestions for a replacement.

One group of train victims, The Canadian Hit-by-a-Freight-Train Society (CDHFTS), did offer a replacement term, however the term was brutal in its simplicity.

“Why not just tell your friends you feel like you’re hungover?” Asks the president of CDHFTS, Chris Dawnson, whose son’s friend has a mother whose sister was Hit-by-a-Freight-Train, “It makes sense to stop using the slang, someone might be offended by what you’ve said, and you never know who has a relative who might have been Hit-by-a-Freight-Train.”

“It’s just that…” says Mrs. Richards while holding back tears, “my son has no legs now”. The mother of Robin Richards who was hit by a train back in 2008. “He was walking across the tracks and now he can’t walk, imagine if it had actually hit his head! He would be a mindless body totally unable to look at the sun or focus in the dark” She went on to say that she gets angry every time she hears the phrase. “They have no idea what someone who has been Hit-by-a-Freight-Train has gone through.”

In their defense the kids who like to drink on weekends say that they are not using the phrase in a derogatory sense and are actually just trying to make their bad decisions from the night before seem cool to their friends.

“I would never tell someone I knew who knew someone who was Hit-by-a-Freight-Train that I felt like I had been too” says Brad Locke, frequent weekend party-er, “It’s just a phrase man,” Brad continued, “we’re not picking on people who have been Hit-by-a-Freight-Train or calling them out, it’s just an easy way to describe that god-awful headache without directly telling people we’re hungover.”

Despite the protests of the CDHFTS, and the growing popularity of their annual Freight Train Victim bake sale, frequent party-ers continue to inform their friends that they feel like they have been Hit-by-a-Freight-Train the morning after a good night out on the town. 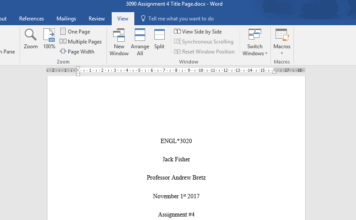