The newest internet fad is the Lick Things challenge on Tik Tok.

Some challenges are good. The ice bucket challenge raised millions of dollars for ALS research. But some are potentially deadly, like the Tide Pod challenge or Neknominations.

The Lick Things challenge is where, mostly teens, go out into public and lick objects that are touched by hundreds or thousands of people a day. Sources say this is to prove that they are young, healthy, and not scared of the COVID-19 virus.

This challenge has found teens licking door-handles, railings, any aspect of public transit, and even other people’s hands.

“The challenge originated in the USA to be sure,” said Doug McCoy, a 20-something who defines himself as “Extremely Online.”

Julie Horwath, a high school teacher at College Heights Secondary in Guelph, says that the teens she teaches just think the COVID-19 pandemic is funny.

“They’re not really worried about themselves,” Horwath said, “mostly they’re just seeing memes and internet trends like this are the logical extension of those memes.”

“It’s super gross though,” said McCoy. “I saw one video of a girl licking the entirety of an airplane toilet seat. Even I normally squat over those things.”

The trend hasn’t taken off in the same way the Tide Pod challenge did a few years ago, probably because everyday objects don’t look intentionally like candy, but it’s still a disturbing trend.

If you have a teen at home, please remind them to not put strange objects in (or near) their mouth. 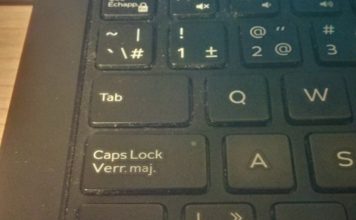