OAKVILLE – Former Sheridan College student Jawnathawn Thompson’s deviatART career has skyrocketed over the past few months. Thompson, who goes by the artist name Jawnic, started drawing characters from the popular video game Sonic the Hedgehog and never slowed down.

“people just really love sonic I guess” said Thompson, “I started drawing the characters and people jumped on board”

Thompson has had hundreds of people pay him for his images of Sonic. He claims that his pictures are abstract and that the off-kilter angles and bad colouring is exactly what was missing from the Sonic fan-community.

“Once something gets as big as Sonic, people start to want grassroots images again,” said one community member, “Jawnic does a very good job portraying Sonic as more down-to-earth.”

Last month, Thompson was able to drop out of school to pursue his dreams full-time. Claiming that it had nothing to do with failing grades or the fact that, as a fine-art major, he just couldn’t keep up with his classmates, Thompson is now posting continuously.

“I’m thinking about starting fresh on a new account just to see what people think of my stuff.” Thompson told us, “I was already a very active member of he fan-community before I started drawing.” Thompson had previously spent many hours writing very detailed descriptions of how Sonic and Tails (another character from the series) met.

You can find more of Jawnic’s drawings at his new deviantART page here: https://jawnic.deviantart.com/ 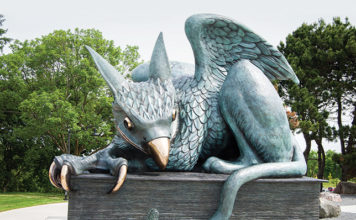