Campus Police on Monday announced the capture of one of the University of Guelph’s most wanted fugitives. 22 year old Anthony Vegas, better known by his tag “The iLoominator” terrorized campus washrooms for years, scrawling crude and unfunny messages across the stall walls – both the men’s and women’s.

“Ya I wrote on the stalls a couple times, who hasn’t?” said Vegas “but to accuse me of all graffiti on a decades old campus [ED- the campus is a few decades old decades old] is outrageous”. Campus police have archived ink samples from over 200 different writing utensils that they claim Vegas used to throw them off of his trail. 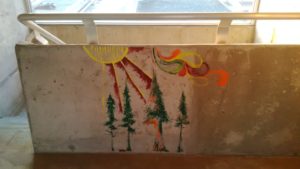 The big break came when Cst. Boden was visiting the washroom in the Bullring. “I noticed a message I hadn’t seen before. I took a closer look and the ink was still wet; it was still warm. I finished my business and played on my phone for a few minutes and then rushed out of the stall. He was right there, the blue pen sticking out of his shirt pocket was a dead giveaway”. 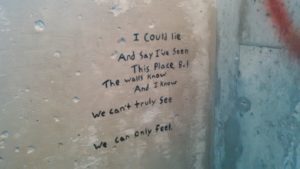 Student reactions to the announcement were mixed. While some were ecstatic to see justice done, others were apprehensive of the identity of the alleged perpetrator. Other’s have feared that the capture of The iLoominator will only lead to further copycat vandals. Friends of the accused have started the ‘Free Tony Vegas’ movement, with a rally set to take place in the lobby of the UC early next month. 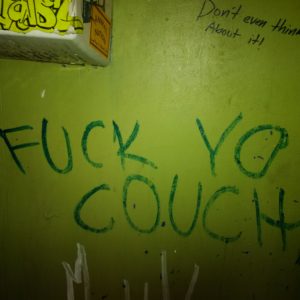 “I’m just glad to know that our students can now feel free to use the washrooms on campus without encountering those dreadful political scribbles and penis diagrams. Even more so I’m excited to get back to my usual duties that I swear exist and keep me very busy. Doing real police work is really hard and not easy.”